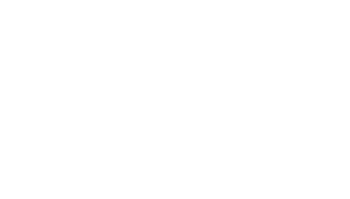 We traveled today to Gbargna (pronounced “bahn-gah”), which is in Bong county in northeastern Liberia. Our journey was about 121 miles We left about 7 AM and arrived after 2 PM, making several stops along the way… some planned, like a stop for souvenirs, grabbing a soft drink, a drop off of a child for school, picking up a passenger, a stop at a grocery store for supplies… and others (at least for me) not anticipated, like police checkpoints or stopping for a repair. We also had a few slowdowns going through greater Monrovia. Some were due to traffic, while others were because of very poor road conditions.

We went through a variety of territory, starting in the urban chaos of Monrovia, meandering through the country villages and towns before arriving at our destination. Gbargna is the fourth-largest population center in Liberia. We saw universities and colleges, open city marketplaces, rubber tree farms (Firestone Tires are a major industrial force here), and farms growing cassava and other crops.

The time passed more quickly after we cleared Monrovia and traveled on a world-class 2 lane highway funded by the UN, but I was still struck with how different time operates here. With our quality 4+ lane divided highways and generally reliable vehicles, auto travel is a completely different experience in the US than here.

With that said, though the trip was longer, I also found the experience more meaningful. Slower paces involve more time for interaction. We took time for prayer before leaving and engaged in constant conversation over the course of the journey. Arriving here, we found that the ABWE guest house was not what we anticipated it would be, and had to make a run for supplies, including a generator, and had to the well to pump water for bathing and such (we drink and brush our teeth with bottled water exclusively here). Most of the afternoon and evening was spent diagnosing and attempting to solve electric problems, filling tanks with natural gas for cooking, and waiting.

I’m not going to lie… I’m looking forward to a hot shower next week. I really like American roads. I will never underestimate the value of my refrigerator again. Being here makes me appreciate the bounty and prosperity we take for granted in the USA.

Life in Liberia has its appeal, though. Working through menial tasks we’ve automated in the US makes you appreciate and value the outcomes better. So many of the people I have met here are friendly and quick to converse. Their struggles and comparative deprivation leave many more open to gospel conversations.
Tomorrow morning, our group of 2 Americans and some of the Liberian leadership will be teaching 65-75 pastors from all over the country. Please pray for a successful and encouraging time for these men, and that God would use the information we give to help them improve their ministry. Also pray that I would learn from them, and their examples.